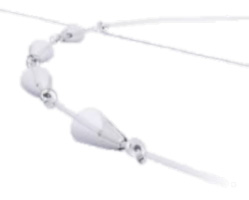 The Thread Lift has the role of smoothing facial aging signs by the traction performed by support wires which are passed under the skin, in subcutaneous tissues.

These wires are positioned in strategic locations to give the feeling that the facial skin surplus was removed.

The wires are made of cones of polylactic acid, which have the role of supporting and stimulating the production of collagen. The Thread Lift is ideal for patients who fear a more invasive surgical procedure and desire more subtle results.

1. Who are the best patients for the use of these threads?
They are men and women with complaints of facial “drooping”, and the desire to “pull back” a light to moderate skin surplus. For longer-lasting results, it is important that these patients have thinner skin that moves easily with the simple pull done by fingers. 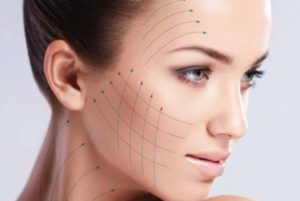 2. How is the procedure performed?
The procedure is performed in the office with some local anesthetic points in the face.

Initially, we cleans the skin and apply an anesthetic ointment that will operate for approximately 30 minutes. Some markings are made on the face with special pens to direct the position in which the strands should be located. Later, we cleans the area again and the perform the application of some local anesthetic points. The wires are then passed through tiny dots and pulled, the excess skin stays in the most rear parts of the face.

3. What are the areas that can be treated?
Most areas that patients complain of being “droopy” may be treated, such as:
• Eyebrows
• Nasolabial sulcus ( “Chinese mustache”)
• Lip Furrow ( “puppet lines”)
• “Bulldog” (excess skin in the central and lower jaw)
• Jaw outline
• Neck Each area has a specific treatment, and the amount of thread varies in each region.

4. From when will the results be visible?
The result is already visible immediately after the procedure . Initially, there may be small folds of skin that will accommodate after 5 to 7 days, without prejudice to the result achieved.

Over the following months, the thread will begin to be degraded by the body, gradually releasing polylactic acid. The collagen will begin to be stimulated, and the results will increasingly improve.

5. How long do the results last?
After 18 to 24 months, the threads have been fully absorbed by the organism; however, the increased collagen remains in place.

Are there still any questions? Ask Dr. Marla